It’s almost here. The single-largest motocross event on planet earth is just around the corner, as the 39th running of the Monster Energy AMA Amateur National Motocross Championship readies to welcome more than a thousand of the world’s most talented amateur racers to one of the sport’s most hallowed grounds, Loretta Lynn Ranch. Over the course of six days, this sprawling landscape located in rural Hurricane Mills, Tennessee, will become motocross’ epicenter, where all eyes will be watching to see who prevails as AMA National Champion across 36 classes of competition. 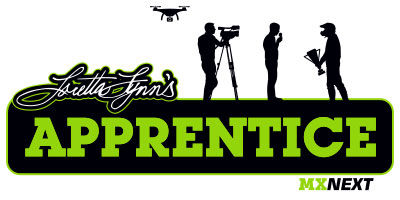 The week-long, action-packed showcase of the best and brightest young talent on two wheels is slated for August 3-8, and for the first time ever, MX Sports is in search of a collection of motivated individuals who aspire to be an influencer off the motorcycle. The Loretta Lynn’s Apprentice will make its debut in 2020, offering a one-of-a-kind opportunity for promising young individuals who possess exceptional skills in other vital areas of the sport.

Those hoping to kickstart a career in the industry and get their foot in the door will want to take advantage of this rare opportunity to serve an integral role in the success of this year’s championship, receiving mentorship from some of the most experienced and well known members of the American motocross community. This initiative is poised to be even more appealing to those of you who may already be on your way to Loretta’s, not as racers, but as friends, family, and support.

Interested? Simply apply for your chance to fulfill one of several key areas that contributes to the overall execution of the Monster Energy AMA Amateur National Motocross Championship.

For more information on the Monster Energy AMA Amateur National, visit the official series website at www.mxsports.com or call (304) 284-0101. Join the conversation on the event’s social media channels, along with receiving the most up-to-date news and exclusive content.

About the Monster Energy AMA Amateur National Motocross Championship
The Monster Energy AMA Amateur National Motocross Championship is the world's largest and most prestigious amateur motocross racing program. This year due to COVID-19 the qualifying system was broken into a five-week Regional Championship system. The qualifying system culminates in the National Final (first week in August) hosted annually since 1982 at the home of country music star Loretta Lynn in Hurricane Mills, Tenn. Nearly 10,200 racers attempted to qualify in 36 classes for 1,512 available positions at the National. Christened "The World's Greatest Motocross Vacation", the National event serves as a launch pad for some of the biggest names in professional motocross and supercross, including Ricky Carmichael, James Stewart, Ryan Villopoto, and Ryan Dungey. The national program is produced by MX Sports, Inc., a West Virginia-based race production company and is sanctioned by the American Motorcyclist Association (AMA). For more information, visit www.mxsports.com.

About the American Motorcyclist Association
Founded in 1924, the AMA is a not-for-profit member-based association whose mission is to promote the motorcycle lifestyle and protect the future of motorcycling. As the world's largest motorcycling rights and event sanctioning organization, the AMA advocates for riders' interests at all levels of government and sanctions thousands of competition and recreational events every year. The AMA also provides money-saving discounts on products and services for its members. Through the AMA Motorcycle Hall of Fame in Pickerington, Ohio, the AMA honors the heroes and heritage of motorcycling.
For more information, visit www.americanmotorcyclist.com.
Not a member? Join the AMA today: www.americanmotorcyclist.com/membership/join.